Phillips, currently ARH’s Vice President for Corporate Strategy and Chief Strategy Officer, will be the first woman in the health system’s 65-year history to take the helm as the President and Chief Executive Officer of ARH, the largest provider of care and the single largest employer in southeastern Kentucky and the third-largest private employer in southern West Virginia. She will move into the head position in May, replacing retiring President and CEO Joe Grossman. 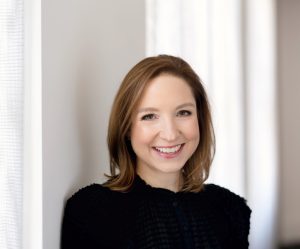 “ARH is a firm believer in the potential, growth, and success of all of its employees, and when possible first looks within when there are opportunities for advancement. In our search for the next President and CEO to lead ARH, the Board of Trustees was fortunate to have an abundance of qualified and dedicated longtime leaders within our organization as candidates for this very important position,” said Duanne Thompson, chair of ARH’s Board of Trustees. “The board and I are very proud to name someone with such a wealth of leadership experience and knowledge of the inner workings of the ARH system as Hollie possesses as the next president and CEO of ARH.”

In her 19 years with ARH, Phillips has always stood out as a strong, well-respected leader with a passion for improving access to care for the people of Central Appalachia and has a hands-on approach that will serve her well in the role, Thompson said.

“We have the utmost confidence in Hollie,” he said. “She is well prepared to lead our organization into the future. We trust that under her leadership the ARH system will continue to grow and excel.”

Phillips joined the ARH system in 2002 as director of planning and was promoted just three years later to Vice President for Corporate Strategy and Chief Strategy Officer.

Over her nearly two decade-career with ARH, Phillips has overseen the strategic planning, marketing, business development, service excellence, philanthropy, government relations, and grants functions for the organization. Some of these key functions have included continual market surveillance, project development and feasibility studies for new initiatives, resulting in four hospital acquisitions and millions in capital projects. During this time, Phillips has excelled in her operational management responsibilities which include directing, planning, budgeting, and quality performance for cardiovascular, oncology, neurology, women’s services, telemedicine, bariatric, and medical spa service lines; resulting not only in improved access to care but also an enhanced financial performance of net revenue annually.

“I appreciate the confidence of the board and am both honored and humbled to move into this role to help guide our health system into the future,” said Phillips.

“It has always been a great privilege to serve on a team filled with such strong, dedicated leaders and exceptional medical professionals and team members who have a true commitment to ensuring the most advanced medical technology and services are available in even the most rural of areas,” she said. “For 65 years, our ARH healthcare system has been recognized as a leader in providing care to the communities we serve. I am excited about continuing this legacy.”

A native of Colonial Heights, Virginia, Phillips earned a Master’s in Health Administration from the Medical College of Virginia and a Bachelor’s in Biology from the University of Richmond in Richmond, Va.

Phillips is a member of the American College of Health Care Executives and serves on the Kentucky Hospital Association’s Strategic Planning, Legislative, Certificate of Need, and the Data committees. She also serves on the Kentucky Hospital Association Circle of Friends Board, the Kentucky Health Collaborative, Women’s Business Collaborative, First United Methodist Church Endowment Board, Honor Society of Phi Kappa Phi, Society for Healthcare Strategy and Market Development, and The Lexington School Annual Fund Committee.

About Appalachian Regional Healthcare
ARH is a not-for-profit health system operating 13 hospitals in Barbourville, Hazard, Harlan, Hyden, Martin, McDowell, Middlesboro, Prestonsburg, West Liberty, Whitesburg and South Williamson in Kentucky and Beckley and Hinton in West Virginia, as well as multi-specialty physician practices, home health agencies, home medical equipment stores and retail pharmacies. ARH employs around 6,000 people with an annual payroll and benefits of $330 million generated into our local economies. ARH also has a network of more than 600 active and courtesy medical staff members. ARH is the largest provider of care and the single largest employer in southeastern Kentucky and the third-largest private employer in southern West Virginia and is consistently recognized for its medical excellence.