Serving as President and CEO since 2013, Grossman’s retirement will come after a 35-year healthcare career and nearly a decade of leading the ARH system through a period of significant expansion. Grossman notes a desire to spend more time with his family as the deciding factor in the decision. 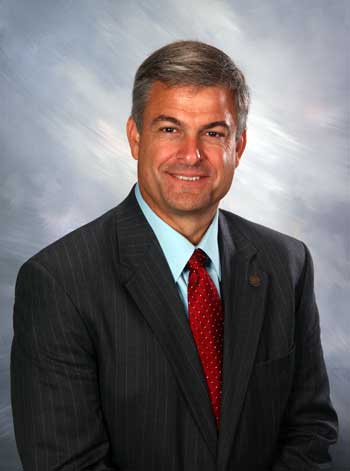 “On behalf of the ARH Board of Trustees, we are extremely grateful for Mr. Grossman’s excellent leadership and commitment to ARH’s longstanding mission as it pertains to bringing the most advanced care options to those living in even the most rural areas of eastern Kentucky and southern West Virginia,” said Duanne Thompson, chairman of the ARH Board of Trustees. “During his time as president and CEO, the ARH health system has seen amazing growth and progress that will continue to be felt in our service areas for years to come. He will be greatly missed.”

During Grossman’s tenure as President and CEO, the ARH health system has consistently been recognized for its medical excellence and has grown to a system of 13 hospitals, more than 80 clinic locations as well as retail pharmacies, home health agencies and home durable medical equipment store locations. ARH employs over 6,000 employees and provides healthcare to a population of nearly 400,000 people throughout eastern Kentucky and southern West Virginia.

Mr. Grossman has also served in several key leadership positions within the ARH system over the past 18 years, including Vice President for Fiscal Affairs and Chief Financial Officer, Vice President of Operations and Chief Operating Officer, and Controller.

Grossman also has led ARH’s community partnership efforts through time served on boards of leading economic groups such as One East KY, One Harlan County and the  Hazard-Perry County Economic Development Alliance. In addition, Grossman serves on a number of additional boards such as the Kentucky Hospital Association, the Kentucky Health Collaborative, Kentucky Retirement Systems , HEAL (Help End Addiction for Life), Harlan County EDA, Kentucky Chamber of Commerce, and the Coalfields Industrial Authority. He previously served as Treasurer of the Kentucky Commercial Utility Customers, Inc. and the East Kentucky Health Collaborative boards.

“I greatly appreciate the opportunity to be a part of ARH and the wonderful Appalachian communities and people it serves. Further, I appreciate all the continued support I have received from the Board of Trustees and the ARH employees over the past 18 years,” Grossman said. “Our organization is in a good place and I believe it is headed for an even better future. The ARH team members are very talented and dedicated to the ARH mission and will continue to grow and improve the lives of the people we serve.”

ARH will soon launch a recruitment search for Grossman’s replacement.

ARH is a not-for-profit health system operating 13 hospitals in Barbourville, Hazard, Harlan, Hyden, Martin, McDowell, Middlesboro, Prestonsburg, South Williamson, West Liberty and Whitesburg in Kentucky; as well as Beckley and Hinton in West Virginia, as well as multi-specialty physician practices, home health agencies, home medical equipment stores and retail pharmacies. ARH employs around 6,000 people with an annual payroll and benefits of $330 million generated into our local economies. ARH also has a network of more than 600 active and courtesy medical staff members. ARH is the largest provider of care and single largest employer in southeastern Kentucky and the third largest private employer in southern West Virginia, and is consistently recognized for its medical excellence.