A stroke is a medical emergency that requires urgent attention. If you suspect you or a loved one may be having stroke symptoms, call 911 immediately to get fast, lifesaving treatment.

There are two major types of stroke.

Ischemic stroke occurs when an artery that supplies blood to a section of the brain is blocked, causing death of brain cells by preventing oxygen and important nutrients like glucose from reaching the brain.

Hemorrhagic stroke results from a blood vessel breaking open, causing bleeding into the brain and damage to the surrounding cells.

Either of these types of stroke can cause irreversible brain damage and may result in death or long-lasting disabilities including paralysis, weakness, speech difficulties and problems with memory and thought. Having a stroke increases a person’s chance of having another stroke. Stroke is the fifth leading cause of death in Kentucky, according to the Centers for Disease Control and Prevention.

Emergency stroke treatment with surgery, endovascular procedures and/or a blood clot-busting drug called tissue plasminogen activator (tPA) can help prevent brain damage and increase the likelihood of a full recovery from stroke and its associated symptoms. 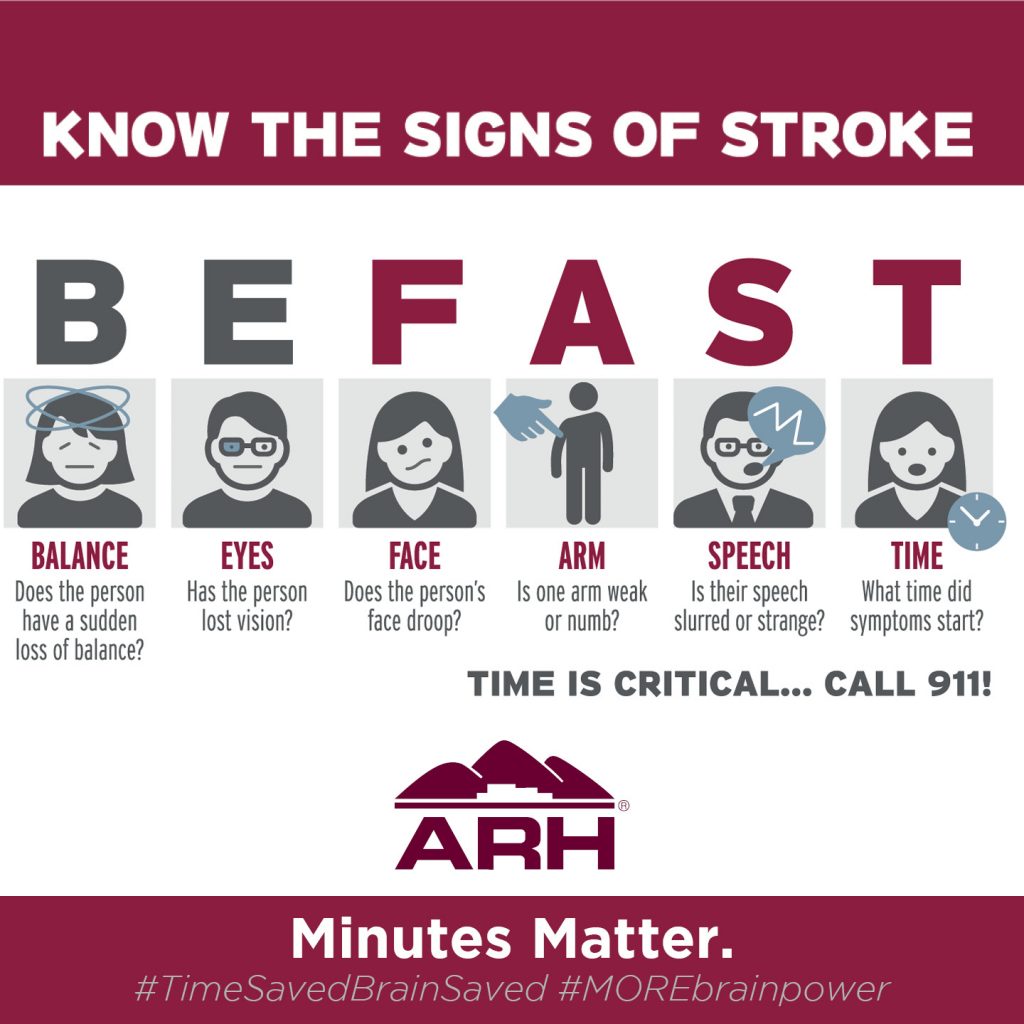