Howard, a registered nurse who joined the Tug Valley ARH team in 2016, most recently worked in the cardiac stress lab. 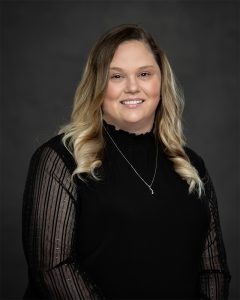 The Belfry, Ky., native received her LPN degree from the Logan-Mingo School of Practical Nursing in 2003, her associate’s degree in nursing from Southern West Virginia Community and Technical College in 2014, and her bachelor’s in nursing from Kaplan University in 2016.

Prior to joining the Tug Valley ARH family, she worked at Williamson Memorial Hospital and as a school nurse in Belfry.

Howard said she’s excited to begin her new role through which she will oversee legal aspects of the hospital.

“I love Tug Valley ARH,” she said. “It’s a great place to work and I just want to be able to make our hospital the safest work environment possible.

“I want our community to feel safe coming here.”

“Ashley has done wonderful work here at Tug Valley ARH,” Vaughan said. “She is passionate and committed to providing great care, and I know she will continue to be an asset in her new position.”