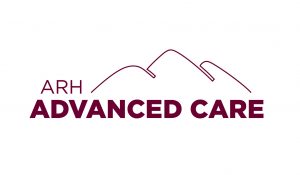 January 25, 2022 – The ARH Advanced Care Board of Directors has announced that Russ Barker has been named president and chief executive officer of the new ARH Advanced Care long-term acute care hospitals slated to open this summer in Hazard and South Williamson.

Barker has been community CEO for McDowell ARH Hospital for the past 17 years.

As president and CEO of ARH Advanced Care, Barker will direct the day-to-day operations of the two new Long-Term Acute Care Hospitals (LTACHS), designed for patients with medical conditions requiring highly specialized care for more than 25 days, according to a statement from ARH. Following the “hospital in a hospital” LTACH model, the LTACHs can access multiple levels of medical, rehabilitative, and psychological services tied to a single system while also supporting continuity of physician and specialist oversight of patient care.

“We are excited to have Russ lead this very important project that will transform the long-term healthcare services locally available to some of the region’s sickest patients,” said Jerry Haynes, chair of the ARH Advanced Care board of directors. “His extensive healthcare operations experience combined with his familiarity with eastern Kentucky and dedication to caring for its people will be key as we launch these hospitals and continue our efforts to evolve to meet the changing healthcare needs of Eastern Kentucky.”