(Jan 10, 2022) – Dena C. Sparkman, MHA, FACHE, who has served as Whitesburg ARH Hospital Community CEO for the past 12 years, has accepted the new position of Vice President of Clinical Excellence for the multi-hospital healthcare system.

In her new capacity as Vice President of Clinical Excellence, Sparkman will oversee all matters relating to the quality of care throughout the ARH system, including provider credentialing and privileging, quality and process improvement, accreditation, patient experience, and infection prevention.

Her time at Whitesburg ARH Hospital, which is consistently recognized for its level of quality care, has lead her in this direction, Sparkman says.

“Whitesburg ARH and this community has become a family to me. I will really miss the people and patients I have had the pleasure of meeting in my 12 years here,” Sparkman says. “It is what I have learned there that has prepared me to lead a team in advancing ARH’s goals in quality and service. I’m excited by this new role with the opportunity to impact the healthcare quality and experience for every resident living in areas served by ARH.”

She earned a Master’s Degree in Health Administration from the University of Kentucky, a Medical Technology Degree from Duke University and Bachelor of Science Degree in Biology from Alice Lloyd College.

It is that combined experience that will serve Sparkman well in her newest endeavor, Dr. Maria Braman, ARH Chief Medical Officer says. 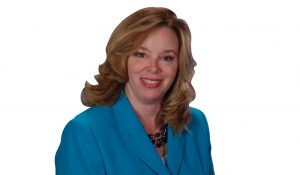 “Dena has a demonstrated success as a leader in quality and under her leadership, Whitesburg ARH has earned numerous hospital safety awards and is consistently recognized as a top-ranking hospital for the quality of care it provides,” Dr. Braman says. “She has also shown proven leadership overall through her three-decade long commitment to ARH, our communities and our mission. All of this has prepared her to take on the very important job of overseeing the quality of care provided throughout our ARH system.”