The Navy veteran was working in a Louisville, Ky., factory making driveshafts for Ford and Caterpillar when he says his body told him, “‘You are not doing what you need to do.’ 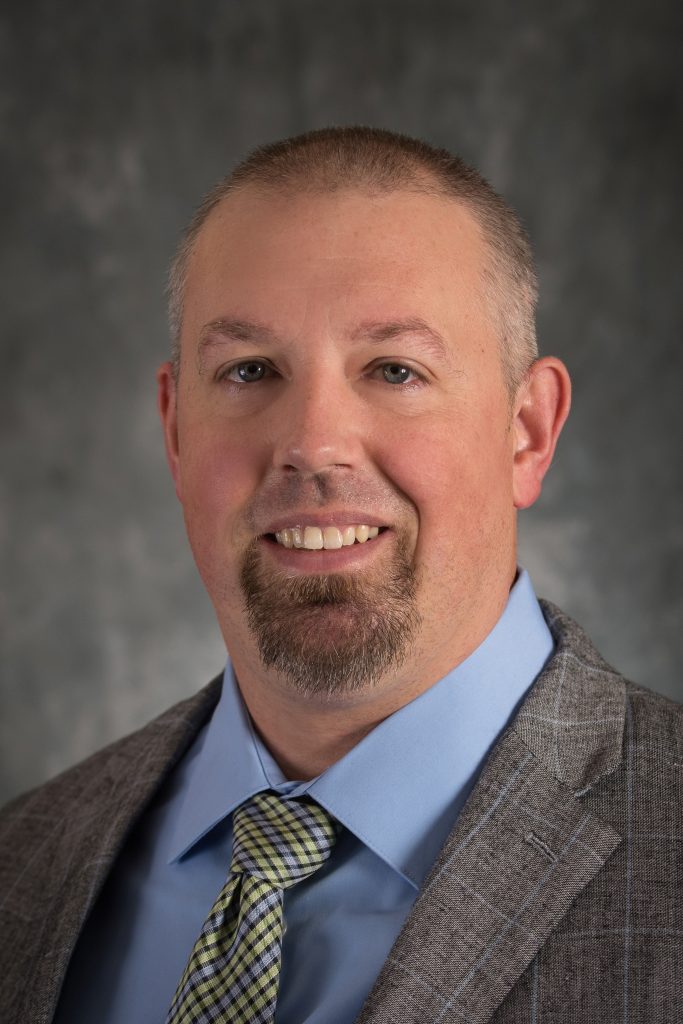 “My back locked completely up on me,” he says.

When he got home that night, filthy and “smelling to high Heaven of motor oil and welding fumes,” he lamented to his wife Rayna that he needed “to do something with myself.”

Turns out Rayna, who was in nursing school at the time, agreed. In fact, she had brought home a little reading material she hoped might help motivate her husband.

“She picked up a booklet from a local school, Spencerian College in Louisville, and proceeded to yell at me for a good hour,” Masterson recalls.

“Finally, at the end of the conversation, she said, ‘I didn’t marry no dummy. Figure out how you’re going to go back to school.’”

Frustrated, Masterson tossed the booklet ­— a course catalog, actually — aside. He’s still surprised by what happened next.

“I threw the book down on the table and, this is the honest to goodness truth, it opened up to respiratory and radiology,” he says.

All Masterson knew of the medical field at that point came from the bits and pieces he picked up from Rayna. That knowledge, however, did not include either respiratory or radiology.

“I asked her, ‘What does respiratory do?’” he recalls. “She told me it deals with trachs (tracheotomies) and mucus and I was like, ‘there’s no way I can do that for a living.’”

He was a bit happier when she told him those who work in radiology “just push buttons.”

So he went back to school to study radiology where he says he found his calling and quickly learned to never again repeat the “push buttons” job description.

“It’s like nails on a chalkboard,” he says with a laugh.

Masterson began working at two local hospitals while still in school and, upon graduation, took a full-time position as an X-ray tech.

Before long, he was offered an opportunity to learn MRI at another hospital.

“It’s a totally different world,” he says of X-rays and MRIs. “But he (his boss) took a chance on me and within a couple of months, I got promoted to site manager.”

That was just the beginning of Masterson’s occupational leaps, as he completed his bachelor’s and then master’s degrees while learning CT at HighField Open MRI.

“That was a huge jump for me,” he says, explaining he went in as a staff tech and was promoted to assistant director of radiology two months later. 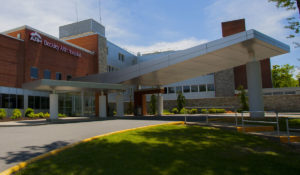 Masterson says he enjoyed his position, through which he helped grow business and improve patient experience, but with his education complete, he says he realized he needed something more.

“So I opened myself up to recruitment and began talking with a few hospitals around the country,” he says.

When he visited Wyoming, where he would be tasked with managing radiology at sister hospitals in Riverton and Lander, 24.6 miles apart, he says he knew he had found his landing spot.

“They were the two most opposite cultures you could imagine,” he says of Riverton, a high desert town and home to the Wind River Indian Reservation, and Lander, situated in the foothills of the Wind River Range.

In Wyoming, Masterson says he immediately faced troubles with short staffing as well as disconnect between the two hospitals.

Within two months, however, he says that all changed.

“We were fully staffed, everyone was collaborating and using the best proper standards of care and best practices,” he says.

Masterson experienced the same difficulties when he was asked to add laboratory supervisor to his list of duties and, after overseeing major improvements in that department, he added respiratory, cardio pulmonary rehab, the sleep lab and cath lab to his responsibilities.

“I was the system ancillary services director,” he says, explaining he was unofficially in-training to become the chief operating officer.

That plan never came to pass, however, as though he and Rayna, who worked as the nurse educator for the Northern Arapaho Tribe, loved Wyoming, a change at the hospital eliminated the COO position in favor of a chief medical officer.

“That didn’t align with my goals,” he says, “So I opened myself back up for recruitment.”

In 2019, the couple, along with their three children Tyson, Courtney and Daphney, relocated to Bullhead City, Ariz., where Masterson, once again, was tasked with managing the radiology department.

In time, just as before, he says hospital leadership took note of his success and appointed him director of operations and eventually assistant administrator, overseeing the lab, radiology, respiratory therapy, cath lab, environmental sciences and dietary departments.

Again, he says, he hoped to take over as COO. A conversation with the CEO, however, led him to look elsewhere.

“He told me there wasn’t much opportunity and he wasn’t sure if they were going to put a COO there,” he says.

So, Masterson interviewed for positions in Illinois, California and Alaska.

“Then I got a phone call wanting to set up an interview to come to here,” he says.

The Kentucky native had been to West Virginia before, but never further south than Charleston.

But when he got to Beckley ARH Hospital, he says he knew where he wanted to be.

“I met the team and they were amazing,” he says. “And then when I came out and drove around Beckley, I really fell in love with it. If you could take Louisville, Ky., and Wyoming and shove them together, that’s Beckley.

“It has the terrain of Wyoming but the layout of Louisville,” he continues. “It just reminds me of the two places that I love.”

So, in June, after talking his family into yet another move, Masterson put their house on the market, loaded the camper and headed east, where they settled in their new parking spot.

“The RV Adventure Park up Tank Branch Road,” he says with a laugh, explaining, he, Rayna, three kids, now 16, 11 and 8, as well as two dogs, survived the drive and a month crammed into a 22-ft. camper before moving into their new home in Daniels.

“I was really terrified I was going to go missing because my wife wasn’t really happy with me,” he says, half-joking. “I don’t think there’s too many people who stay there for a month.”

Masterson officially took the reins as the COO of Beckley ARH July 5.

The position is new for both Masterson and the hospital, as changes across ARH’s 14 hospital system, led to the creation of regional CEOs and several COOs.

“Everything outside of nursing before you get to finances,” he says of his responsibilities, which include growing patient volume, helping with strategy, physician relations and community relations. “I’m that niche right in the middle.”

Masterson says he’s enjoying himself so far, and has big dreams for the hospital’s future.

Among those dreams are obtaining recognition as a center of excellence for orthopedics, gastroenterology and cardiac care.

“We have that opportunity and that’s what we’re going to do,” he continues. “It’s not going to happen overnight, but we’ll get there.

And though he’s packed a lot of stops into life since the day he decided to “figure it out,” he says he thinks Raleigh County and Beckley ARH just might be the end of the line.