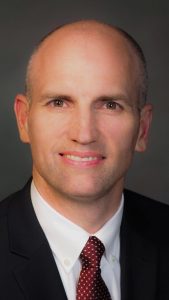 “Paul is a proven leader with a history of providing long-term strategic planning and strong operational leadership,” said ARH President and Chief Executive Officer Hollie Phillips. “We are very pleased to welcome him to our ARH Team and look forward to his contributions and collaborating with him as we continue our longstanding mission to improve health and well-being in the communities we serve in Eastern Kentucky and southern West Virginia.”

Bringing more than 25 years of extensive management experience in healthcare to his new role at ARH, Betz most recently served in a dual role of Chief Operating Officer/Administrator for the Tuscaloosa, Alabama-based DCH Health System, an independent, community-owned three-hospital system providing a full range of services. During his time with DCH Health, Betz provided direction and leadership for all acute care services, system strategic planning, and LEAN Management System.

He is a Fellow of the American College of Healthcare Executives.

“I am proud to join the ARH team and look forward to helping fulfill its mission in eastern Kentucky and southern West Virginia,” Betz said.