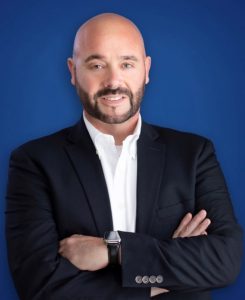 Springate brings more than 15 years of successful healthcare leadership experience to the position and most recently served as Interim CEO for LifePoint Health/Andalusia Health in Andalusia, Alabama, and COO at LifePoint Health-owned Lake Cumberland Regional Hospital in Somerset, Ky. He has also spent the bulk of his career as CEO, COO, and Chief Nursing Officer for several other LifePoint Health hospitals throughout Kentucky and West Virginia.

“I look forward to being a part of the Hazard community and growing with the people of Eastern Kentucky. We have some challenges already before us, but I’m positive that with the staff and crew at ARH, we will thrive and rebuild our communities. I’m excited to begin this adventure with Hazard ARH,” says Springate.

Springate began his career as a nursing graduate from the University of Kentucky and went on to obtain his MBA from the Florida Institute of Technology as well as holds a Masters in Healthcare Leadership.