The Milton, W.Va., native, who originally had his sights set on becoming a lawyer, received his undergraduate degree in chemistry from Washington and Lee University in Lexington, Va., and his medical degree from West Virginia University.

“I was better at science so I went into medicine,” he says with a laugh.

After he completed his residency in Morgantown, Dr. Wisman first worked at Montgomery General Hospital before opening his own practice in Beckley in 1987 and joining the staff at Raleigh General Hospital full-time. 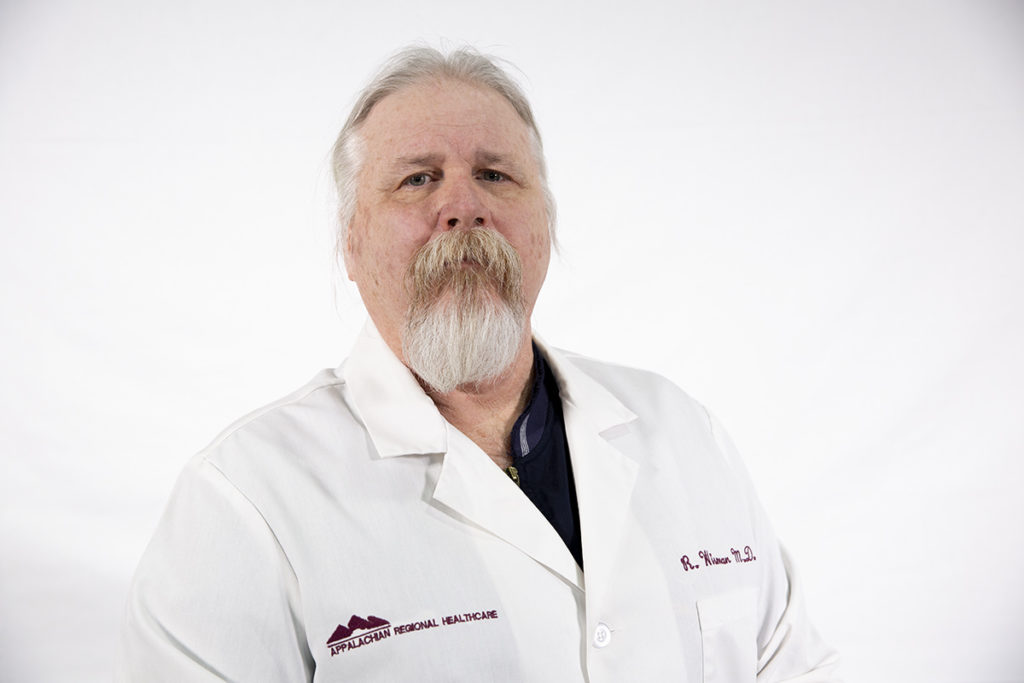 Dr. Wisman, who has served in various capacities including Beckley ARH Hospital Chief of Staff, has worked at the ARH Southern West Virginia Clinic since 2013.

“ARH has always been good and loyal to me and I’ve tried to be good to them,” he says. “There’s a lot of good, friendly people here and it’s kind of sad to leave them.”

“Dr. Wisman is not only an amazing provider, but he is a genuinely kind person as well,” Masterson says. “He has dedicated his life to the well-being of this community and he will be missed.”

Although Dr. Wisman says he’ll miss both the hospital and his patients, the 68-year-old says it’s time to step away.

“I’ve enjoyed (the work) and I’ve worked with a lot of great people through the years but it’s time to spend a little bit of time on myself,” he says.

The father of three and grandfather of four, who recently moved to Charleston with his wife Deanna, doesn’t have immediate plans for how he will spend his new free time. Trips to Florida to visit his parents and maybe even a longer adventure to Morocco – Deanna’s request – are possibilities.

For now, however, he says he wants to relax.

“I just want to work around the house and rest for a few months,” he says. “I’m kind of tired.”