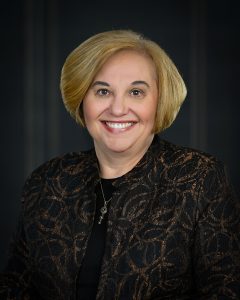 Vaughan, who has served as Community Chief Nursing Officer at Tug Valley ARH since January 2000 and has served in the dual role of CCNO and acting CEO for the hospital since August 2021, has permanently moved into the spot previously held by Jeremy Hall. Hall has moved into the ARH West Virginia Regional CEO position, overseeing the Tug Valley ARH, Beckley ARH, and Summers County ARH hospitals.

“Paula Vaughan has been a cornerstone of Tug Valley ARH for years. She has always demonstrated an ability to lead and a passion for excellent patient care,” said Jeremy Hall, ARH West Virginia Regional CEO. “I am excited to see how Tug Valley continues to grow and furthers its level of excellence under her leadership.”

Vaughan’s career with ARH spans nearly 40 years, starting as a staff nurse in the Intensive Care Unit of the then-named Williamson ARH Hospital before moving into the position of Utilization Review Coordinator seven years later. She also previously served as the hospital’s Director of Outcomes Management before moving into the CCNO position.

“I am very excited about being named CEO for Tug Valley ARH Regional Medical Center,” Vaughan said. “Throughout my nearly 40-year career with Tug Valley ARH Regional Medical Center, I have witnessed the care, compassion, and kindness our team members provide to our patients. Providing quality care, exceptional patient experience, and improving the overall health and well-being of our communities will continue to be our focus.”