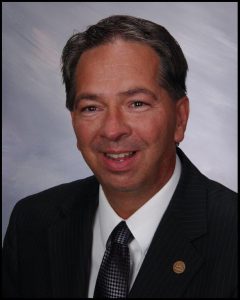 March 09, 2022 – Rocky Massey has been named Vice President of External Affairs for the Appalachian Regional Healthcare system covering West Virginia and Kentucky.
With more than 40 years at ARH, Massey most recently has served as Interim CEO for the Paintsville ARH Hospital and has spent the past 19 years as the CEO at the Beckley ARH Hospital in Beckley, W.Va. He has also led ARH’s West Virginia external and governmental affairs and physician recruitment efforts.

As Vice President of External Affairs, Massey will lead the External Affairs and Government Relations efforts for the ARH system, serving as a liaison to state and federal agencies in Kentucky and West Virginia, including overseeing special projects and initiatives including Certificate of Need for both States.

“We are excited to have Rocky move into this very important system-level position for ARH,” said Hollie Phillips, ARH President and CEO. “He has a proven track record as an ARH leader and his commitment, vast knowledge of the ARH system, and expertise will be instrumental in telling ARH’s story to external stakeholders.”

Massey started the new position on Monday. He will also remain in the role of Interim CEO for Paintsville ARH until a permanent CEO is located. He will report directly to the ARH President and CEO Hollie Phillips.

“I’ve always served ARH in the capacity of direct responsibility for operations within a specific community.  This new system-level role will allow me to share my 40 years of experience across ARH as a system.  It truly is a dream job for me.”

Massey began his healthcare career in 1981 with ARH as a Radiologic Technologist. He trained at Wake Forest University to earn Ultrasound Registration in 1992 and earned a Master of Science in Management with emphasis on Health Care Administration from Marshall University in 1997.