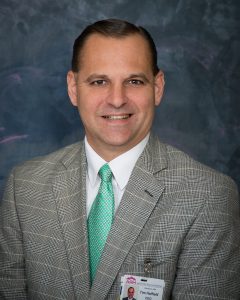 Hatfield has served as Community CEO for the Highlands ARH Regional Medical Center since 2019 and has led ARH’s external and governmental affairs for Kentucky and physician recruitment efforts for the system.

“I am very excited about being selected for this new Regional leadership position,” Hatfield said. “This role will bring a seamless regionalism approach to the way we operate the six hospitals in the Big Sandy ARH Region and will build upon our strength as a system to ensure residents living in these communities have access to consistent quality care and the most advanced healthcare services right here in their home region.”

During his nearly 25 years with the ARH system, Hatfield has served as the Community CEO for not only Highlands ARH, but also for the Tug Valley ARH Regional Medical Center and Morgan County ARH Hospital. He also spent time as interim CEO for the former Man ARH Hospital in Man, WVa. He also previously served as Assistant Vice President for Pikeville Medical Center.

“The new regional approach to care we are progressing to as we move into ARH’s 67th year as a healthcare leader in eastern Kentucky and southern West Virginia takes strong leadership with an excitement and vision for positive change and a passion for enhancing the care we provide to our communities,” says ARH President and CEO Hollie Phillips. “Tim’s many years of experience in healthcare leadership, extensive history with ARH, and commitment to our mission has made him the perfect choice to lead these efforts as we strengthen our presence in the Big Sandy Region.”