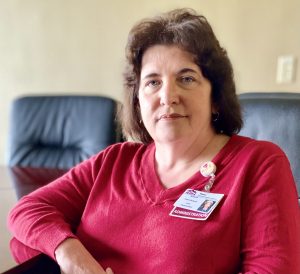 Hampton, of Knott County, has served for the past four years as Community Chief Nursing Officer at McDowell ARH. She began her career at McDowell ARH in 2012 as the Employee Health, Infection Control and OR Manager. She is also CNOR-certified as an Operating Room Nurse.

According to Tim Hatfield, Regional CEO for the Big Sandy region, says Hampton’s dedication to ARH and to patient care will add to the strong foundation at McDowell ARH.

“There is so much to be excited about for the future of healthcare in Appalachia. Danita brings a wealth of experience and strong leadership skills to the table to meet the needs of our communities,” said Hatfield.

Among the many roles Hampton has served in at ARH, she also served as interim CEO for McDowell ARH for the last 3 months.

“The one thing that excites me the most is the opportunity to lead a great team of employees and the mission to continue to provide great quality care to our patients,” said Hampton.

A graduate of Knott County High School and the Prestonsburg Community College ADN Program, Hampton earned a BSN from the University of the State of New York.   Hampton and her husband of 33 years, James, have two children, David and Rachel.