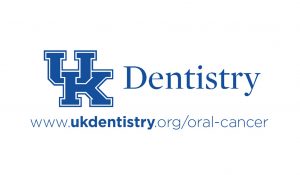 Did you know that Kentucky has some of the highest oral cancer rates in the nation? That is why Appalachian Regional Healthcare and UK Dentistry are partnering to offer oral cancer screenings, which are free, painless and take less than five minutes.

According to the National Cancer Institute, Kentucky had the highest rates of oral cancer in the nation from 2013-2017.  In this same time period, several counties in Eastern Kentucky had higher rates than the state average, with some counties such as Pike, Johnson, Perry, and Letcher ranking in the top ten counties in the state for rates of oral cancer in adults younger than 65 years old.

“We are excited to partner with ARH to address oral cancer in Eastern Kentucky,” said Dr. Pam Stein VanArsdall, chief, Public Health Dentistry. “We appreciate their continued support of our grant efforts to increase awareness, mitigate risk factors and screen for oral cancer. Working together, we can truly make an impact to find oral cancer early and help prevent oral cancer in the future.”

“Survival rates are excellent when oral cancer is caught early,” stated Samuel Bailey, MD, ARH Oncology Associates. “Anyone over the age of 20 should schedule an oral cancer screening.”

According to the American Cancer Society, oral cancer screening exams are recommended every three years for persons over age 20 and annually for those over age 40.

Screenings are by appointment only and will follow COVID-19 guidelines. To schedule an appointment for a free oral cancer screening, call 606-205-9286.